This week, I have continued to develop my game engine. I have laid the foundation for a certain number of engines and systems.

As you may know, I am using SFML and C++ to create my game. However, building a game directly with SFML is a bit tough as SFML is a low-level library. Thus I have decided to build a small game engine to help me later on. Nothing too fancy or general, just the necessary to be able to power Vagabond.

Next, I worked on the render engine. SFML provides the sf::RenderWindow class which is used to open a window, poll events, and draw inside the window.

My render engine is just a wrapper around sf::RenderWindow. It manages the screen resolution and other settings such as switching between full-screen and windowed mode.

Finally, its last mission is to forward input events to the input manager.

Then, I implemented a scene graph. The scene graph is used by the game state to draw all the game entities easily and efficiently. It provides several types of nodes to display sprites, animated sprites, tiles or particles. Moreover, it will also implement the light system with light nodes.

Finally, I integrated Dear ImGui in the engine. To do that with SFML, I used a nice binding by Elias Daler. It was super easy!

I made a small window with some metrics to get started with ImGui: 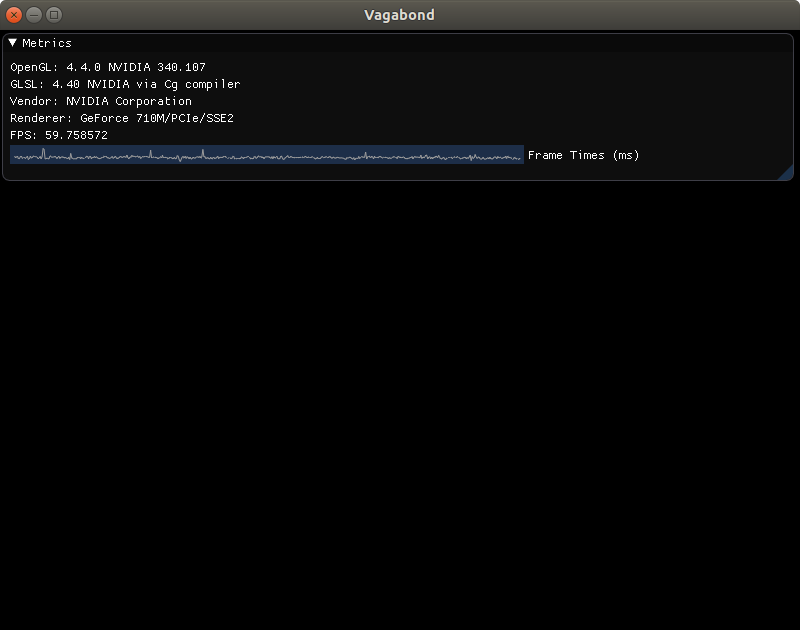 That is all for this week. I did not code a lot, I essentially designed the engine. Next week, I will add more features to the graphics engine and maybe start to work on the networking part.